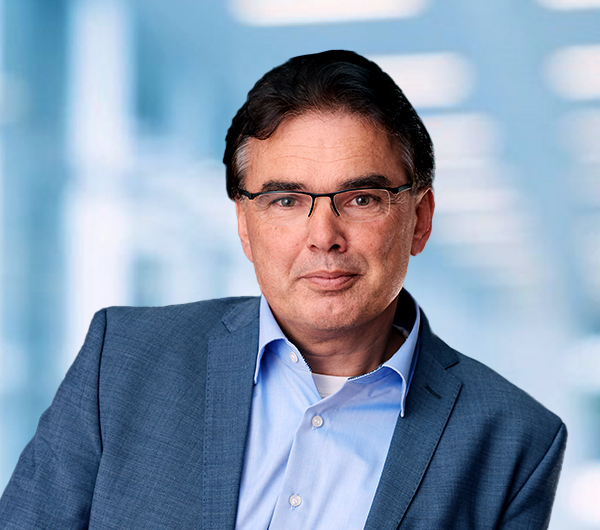 Prof. Jürgen Jasperneite heads the Fraunhofer IOSB-INA in Lemgo and is also a board member of the inIT. At the "OWL" he represents the field of computer networks with a focus on industrial communication. His research interests lie in the area of intelligent automation and networking for cyber-physical systems (CPS, IoT).

Topics for theses in the research group of Professor Jasperneite.

Prof. Dr.-Ing. Jürgen Jasperneite, born in 1964, established Fraunhofer IOSB-INA in Lemgo in 2009 and has been its director ever since. At the same time, he is a board member of the Institute for Industrial Information Technology (inIT) at OWL University of Applied Sciences. At the university, he represents the Computer Networks department in the Electrical Engineering and Computer Engineering faculty.

He studied electrical engineering and received his doctorate in 2002 from the Faculty of Electrical Engineering and Information Technology at Otto-von-Guericke University in Magdeburg with a thesis in the field of performance evaluation of real-time communication systems.

From 1988 - 1989, he worked as a development engineer at Robert Bosch GmbH in Berlin on the construction of a test mobile station for the GSM mobile communications standard, which was still being standardized at that time. From 1989 - 2005 he held various positions in the development department of Phoenix Contact GmbH, starting as an ASIC developer in the field of industrial communication technology and finally as development manager of the Automation Systems division.

In 2005, he followed the call to the newly established professorship for computer networks at the Ostwestfalen-Lippe University of Applied Sciences in Lemgo. From 2007 - 2017, he was the institute director of the newly founded Institute for Industrial Information Technology ( inIT), which he founded together with four colleagues in early 2007.

In 2009, he founded Fraunhofer IOSB-INA in Lemgo, which was expanded between 2012 and 2016 to become Germany's first Fraunhofer application center with financial support from the state of NRW. In 2017, Fraunhofer IOSB-INA became the Institute for Industrial Automation. At the same time, a strategic cooperation with Bielefeld University was sealed.

Prof. Jasperneite has been an IEEE Senior Member since 2006, author/co-author of more than 250 publications, and is a member of numerous committees and program committees of national and international conferences. In 2008 he was awarded the OWL research prize.

Prof. Jasperneite is one of the initiators of the Centrum Industrial IT (CIIT), Germany's first science-to-business center in the field of industrial automation. Furthermore, he implemented the construction of a research and demonstration factory for Industry 4.0 technologies on the campus in Lemgo with the SmartFactoryOWL. Since the beginning of 2018, the IoT real lab LemGO Digital, which he designed, has been in operation as a reference platform for the digital transformation of medium-sized cities.

His current research interests are in the area of distributed real-time processing/communication for intelligent automation.

Jasperneite is a member of the board of the international PhD program "Intelligent Systems in Automation Technology (ISA)", a joint scientific institution of inIT and the University of Paderborn. Since 2017, he has been a "Senior Affiliate Scholar" at Stanford University in California.